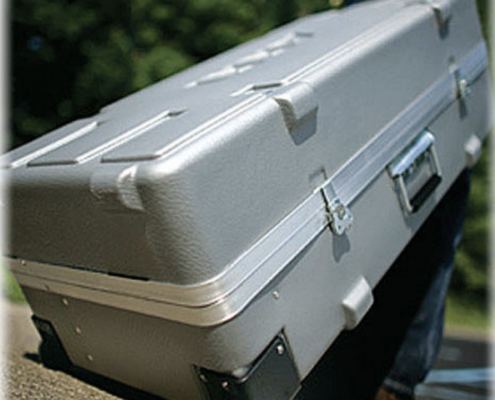 The Arri Compact Fresnel Three-Light Kitis based on three of the most popular tungsten Fresnel fixtures on the market-the Arri 150W, 300W Plus and 650W. This is a full lighting kit, including bulbs, scrims, barndoors, light stands, and a hard wheeled carrying case.

The Arri 150W is a small Fresnel with great performance and tough construction, with a 2″ (50 mm) Fresnel lens.

The highly efficient 300W Plus Fresnel has a 3.2″ (80 mm) low expansion, borosilicate Fresnel lens, producing a soft, even field of light.

The 650W Fresnel features the same lens, reflector, housing and power cord as the 300W Fresnel. The beam angle in the flood position is 52° and a narrow 14.5° in the spot position.

This kit is equipped for use with 120VAC.